What do you tell yourself when your child is having a tantrum?

What do you tell yourself when your child is having a tantrum?

And it prevented me from being able to do what was actually needed in the moment - to really BE with my daughter and help HER with whatever was going on for HER.

Instead I was making it all about ME!

But people are messy!

Emotions are big.  They can cause us to be loud, out of control, irrational, wildly upset, moody, withdrawn, etc, etc.

It's hard to do because you probably weren't given that space and so had to hold it inside.  And maybe you erupted in your teenage years - wild drinking & partying, slamming doors, being rude, messing up your school work, etc, etc.

So what you're doing now, by giving your child the space to express themselves freeling can be really difficult.  And exhausting & overwhelming.  But it's extraordinary and incredibly beneficial.

But it's not neat and tidy in the heat of the moment.

For example, my son who's just turned 7 had been brewing with upset feelings for a while.  There had been lots of shouting and meltdowns over the tiniest things.  It all came to a head last week after his & his sister's birthdays as he got incredibly upset that he didn't have as many sweets as his sister got.  Feelings of not fair.  Lack.  Powerlessness.  Injustice.  Wanting sweets. etc.

He didn't just say "it's not fair"  He felt it in every fibre of his being!  It had been brewing for a while.  And I had tried to talk him out of it before hand.  I had reassured him.  I had explained why.  I told him about the negative consequences of sweets & sugar.  None of that made much difference to his overall feelings.  And so they erupted...

When we got home in the car after a day in the park, it all came to a head.  He started screaming, shouting, trying to hit and kick me.  It was awkward because we were in the car. But also really helpful because it was a contained space with no distractions for either of us.  It was super intense and he was wild & out of control for about 10 - 15 mins.

But then it finished.  We ended up laughing & being playful.  Lots of cuddles.

And since then, there has so much ease and he can handle things so much better. It's a genuine calmness.  Not one based on fear of what would happen if he misbehaved.  Or based on a desire for rewards if he was good.  It's a genuine inner calm.

With my eldest I would have all forms of doubt & fears and concerns.  There was lots of self doubt and feeling overwhelm.

With my second - I recognise this is just what happens, and is what's needed.  Yes it's full on, but i don't have the same mental chatter.

And that's what I want for you.  To be able to be with your child - to recognise that they're having a hard time and you're there to help them.  That's it.

I want you to have that confidence about you as you stay close, and help them while they rage.  And to then enjoy the benefits afterwards.

So if you want support so you can feel more confident in those moments, you can:

Remember that none of us are tidy with our emotions. And we all need support during those times.

So whether there's something extra going on in your lives at the moment, or you're just chugging along with nothing extra being wrong, please know that your child has big feelings, and when they're finding something hard, they need to express them, and they will be better and happier for it.

Start to TRANSFORM your everyday parenting challenges with 5 easy games.

They're FUN, they're QUICK and they're FREE! Homeschooling in Lockdown – with Joss Goulden

How to Make Lockdown Parenting Easier

Helping Siblings Get Along Better – with Belynda Smith

When You’re Not Happy With Your Child’s School Report

Playful Inspiration for Toddlers to Teens – with Chiara Rossetti 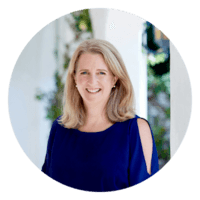 Hi, I’m Helena and I’ll show you how you can use simple, fun & quick games to turn difficult situations around, and how to best help your child when they’re angry, upset or anxious.